Restaurant Shabu Shabu 强强滚 is a eat all you can type of shabu shabu restaurant at Bandar Puteri, Puchong. Shabu Shabu is actually a Japanese dish whereby sliced beef are cooked in a pot of boiling soup on the dining table, just like Chinese’s hot pot / steamboat.

Chinese steamboat restaurant normally give only one big pot but most Shabu Shabu restaurant are using personal pot. I personally prefer a personal pot as I can cook up my own soup and it is more hygiene. 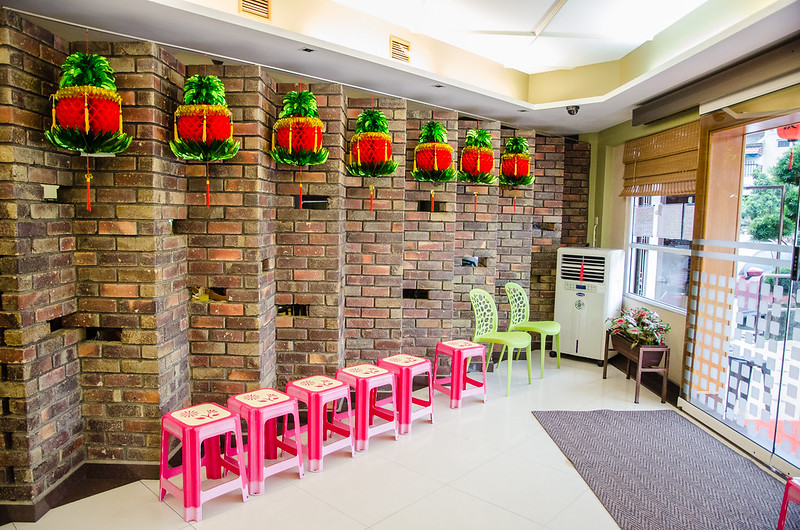 The lobby of the Restaurant Shabu Shabu with many chairs for waiting customers. We arrived here quite early so there were not many customers yet. 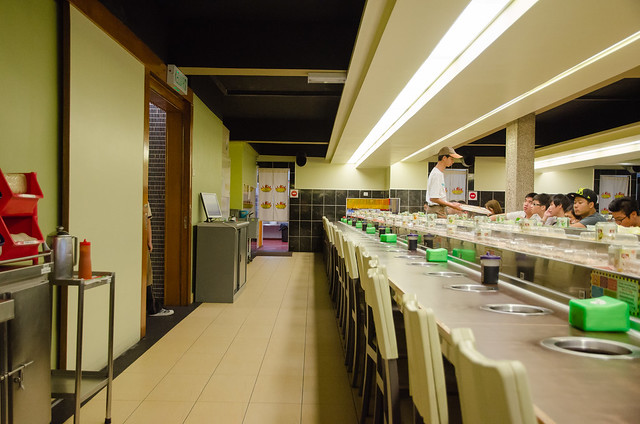 The inside of the restaurant, which you can see pot heater for each chair. 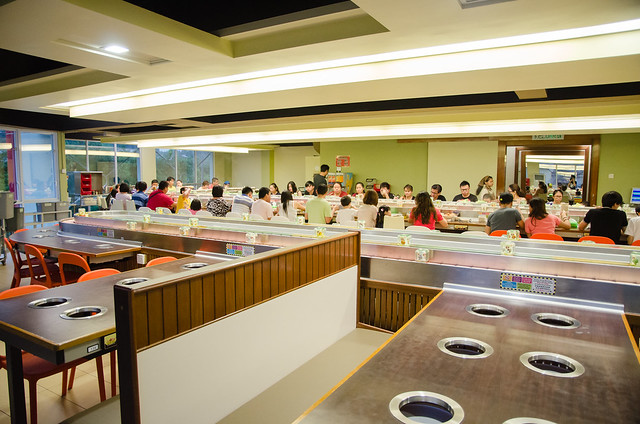 Another view of the spacious Restaurant Shabu Shabu. 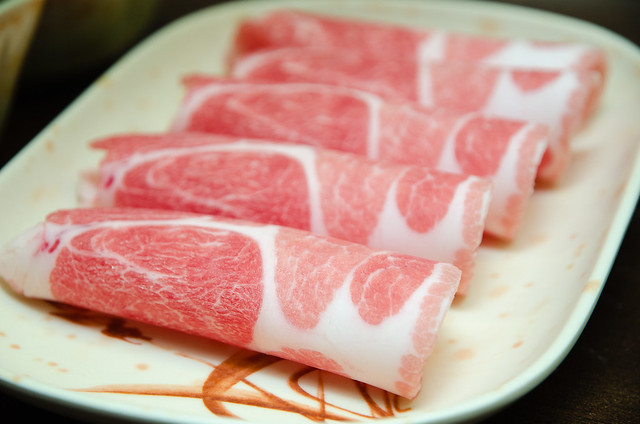 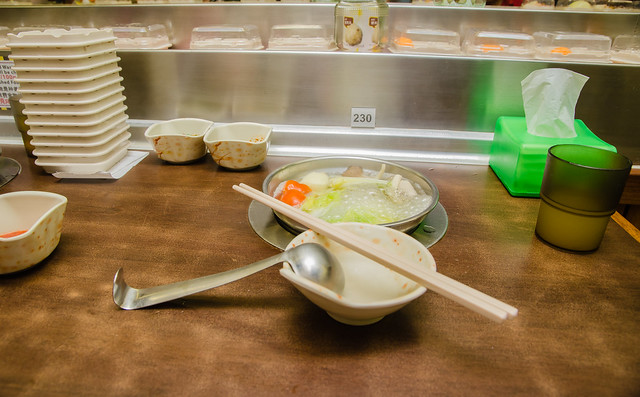 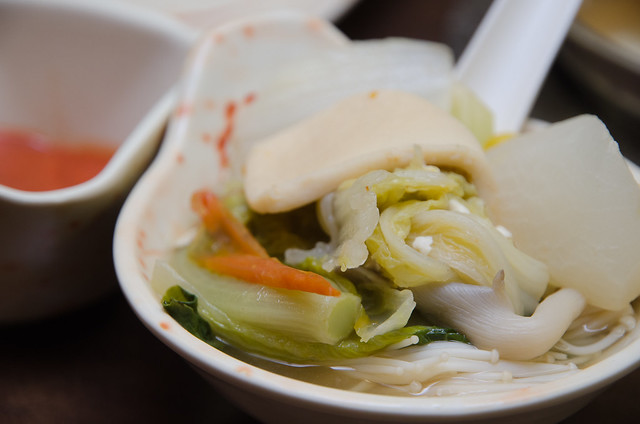 Abalone slice, mushroom and some vegetables ready to be eaten. 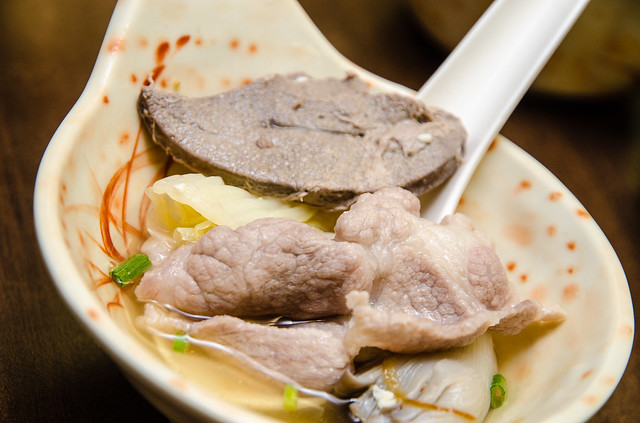 Pork liver and pork slices. Among all shabu shabu / steamboat restaurant I have visited so far, this is the only one serving liver which is one of my favourite food. 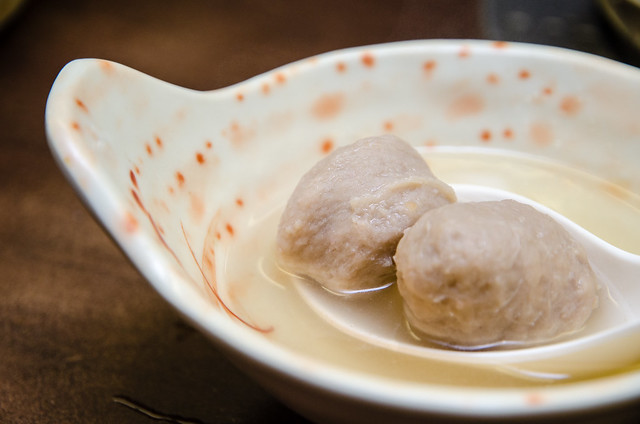 The fish balls, must have in any hot pot session. 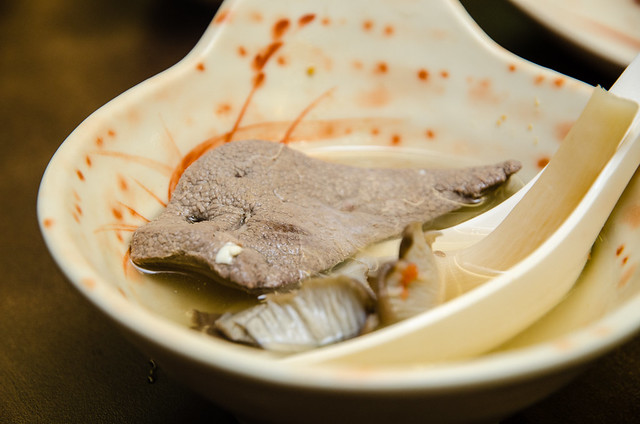 The fresh and juicy pork liver. 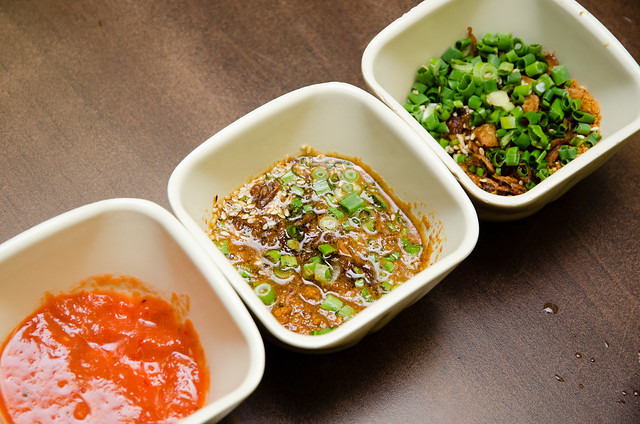 There are 3 types of sauce for you to dip. Personally I prefer the middle one as it is spicy enough with a hint of sourness. 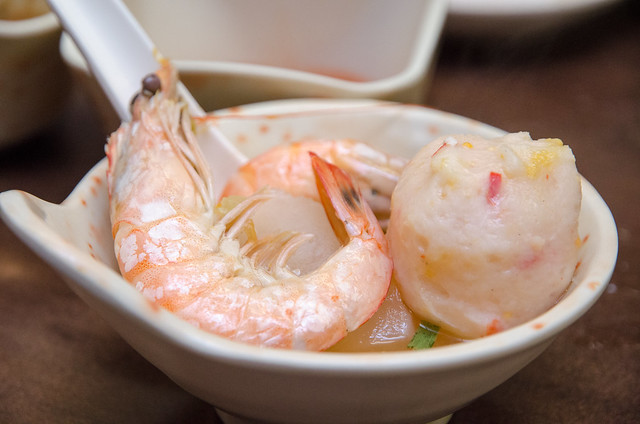 The fresh prawn with the vegetable ball. Prawns here are fresh on the day we visited. 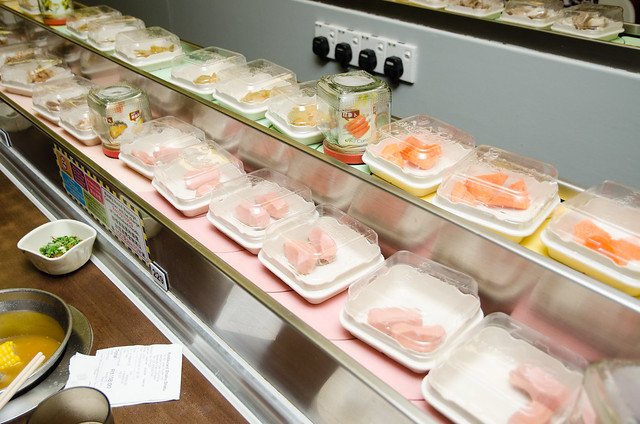 This is how the food are served on conveyor belt, just like sushi. 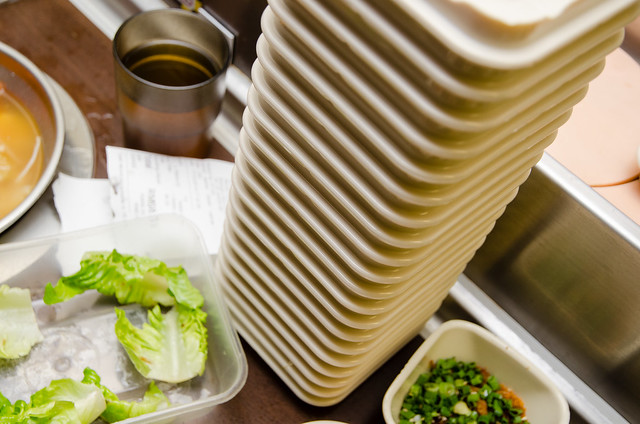 Eat all you can and stack up the plates as high as you can. 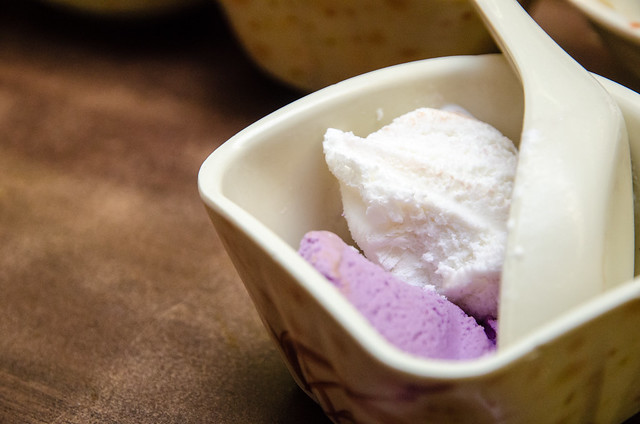 After your hot meal, ice cream are available for you to sweeten and cool down your mouth. Photo here showing yam and coconut flavour. 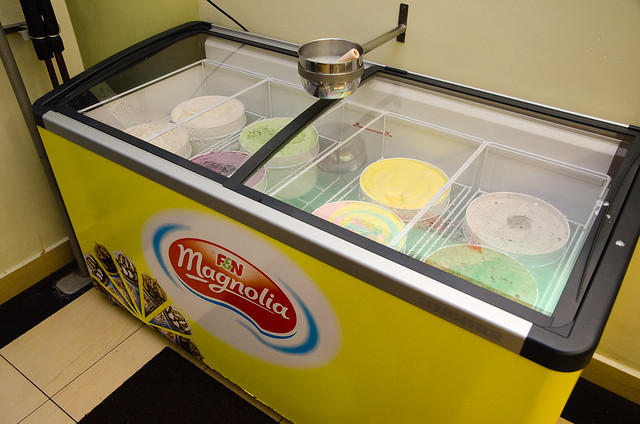 Magnolia ice cream but I couldn’t really tell the brand. 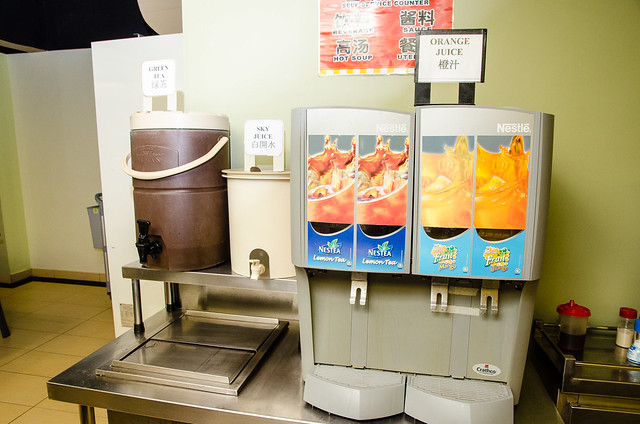 Drink all you can with the green tea, orange juice or the sky juice. 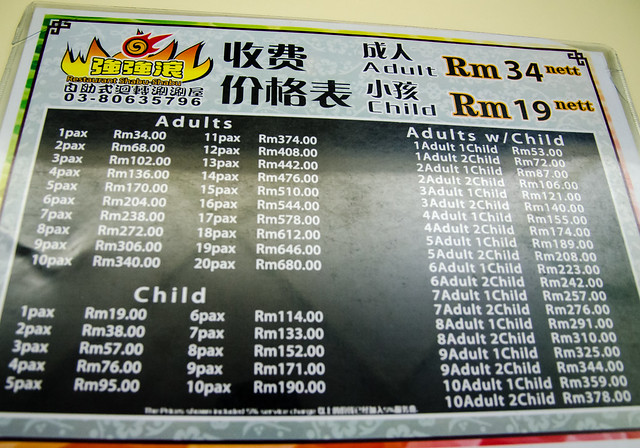 The pricing model for Restaurant Shabu Shabu. At first I thought the more people you bring, the cheaper it is, but actually not after I done some calculation. Basically it is still RM 34 for an adult and RM 19 for a children. 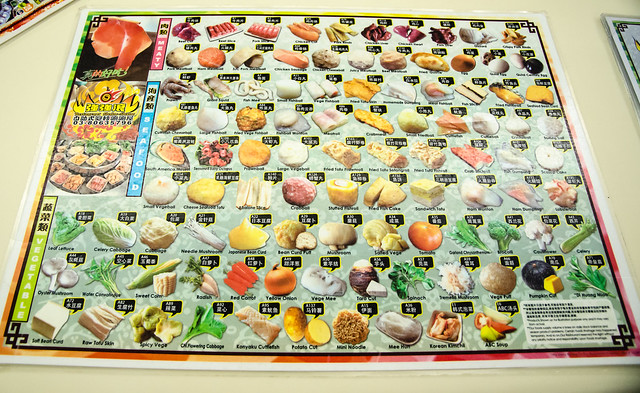 The menu showing all the food available here at Restaurant Shabu Shabu. 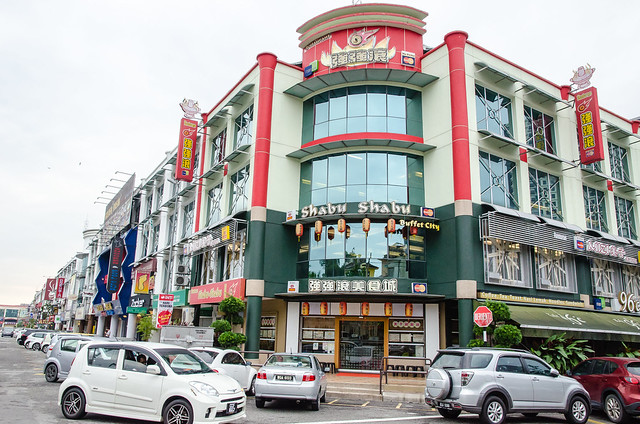 The exterior of Restaurant Shabu Shabu, looks like newly renovated. 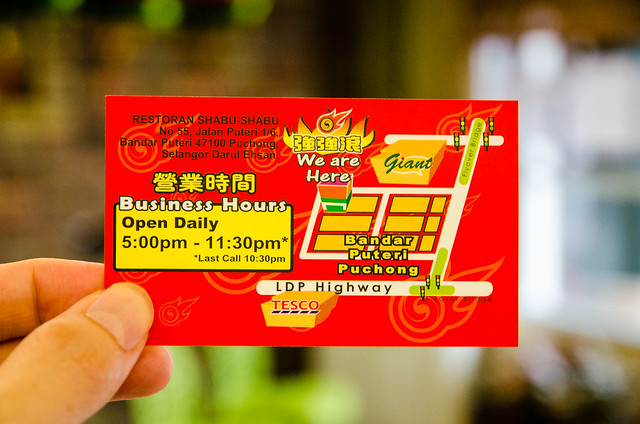 Here is a simple map on the name card showing how to find Restaurant Shabu Shabu. 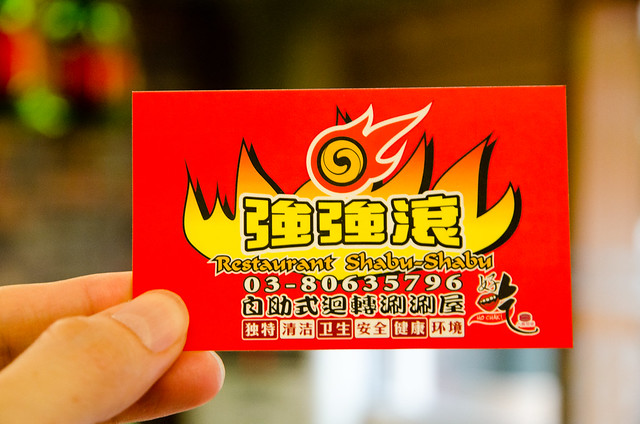 Name card with the phone number to call and the Ho Chiak! logo.

This site uses Akismet to reduce spam. Learn how your comment data is processed.